This is a distinct stage of sleep characterised by rapid eye movements, loss of muscle tone (i.e. your body is paralysed when you’re asleep – hence ­sleep paralysis), and brain wave activity that looks a lot like wakefulness. For this last reason, it has also previously been called “paradoxical” sleep – i.e. your brain looks like it’s awake, according to EEG recordings, but you’re actually asleep. REM sleep tends to occur mostly in the later portion of the night, and is often accompanied by vivid, visual, bizarre, and emotional dreams, which are often like stories or narratives. To see where in the night this stage of sleep occurs, take a look at a typical hypnogram. The fantastic diagram below from the website HumanPhysiology.Academy illustrates what our brainwaves look like in the different stages of sleep. You can see how REM sleep looks more like wakefulness in terms of EEG activity than it looks like any of the other stages of sleep. 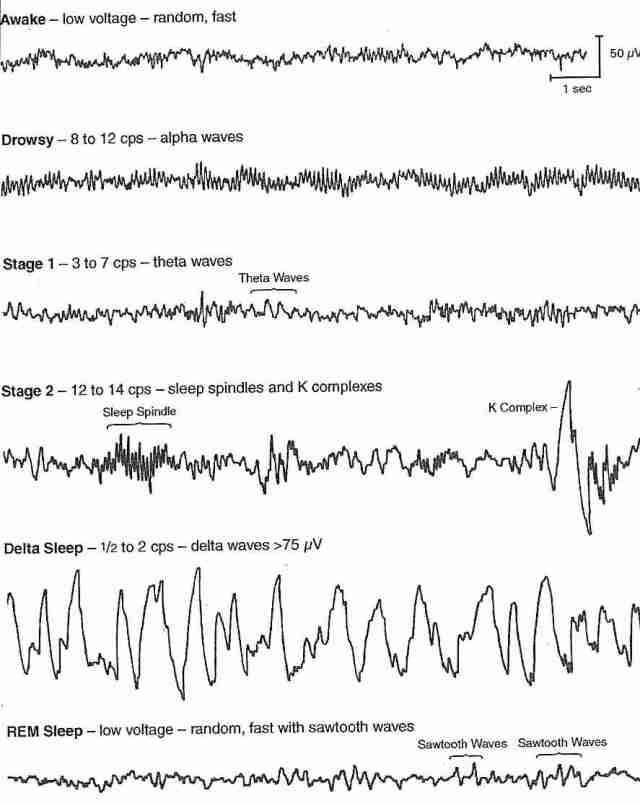